Did you know anyone can make a statement to police and apply for an AVO? In some cases this is a great aspect of the law as genuine victims can get protected quicker, without the need for gathering evidence, placing charges or making arrests. However, this also means that an AVO can be easily placed on someone without any proof, even if that person is lying, without any ramifications to them should it be found out that the claims were false. After an AVO is served against a defendant both parties must then go to court to provide evidence for or against the order. Overall, the number of false AVO claims is rising each year. False Apprehended Violence Orders (AVO) Claims cause victims stress, emotional trauma and financial hardship. Therefore, the law may require reform as a result of the increase in false claims. 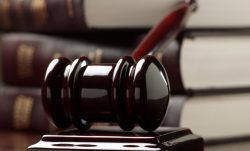 Since 2016, the number of false accusations of domestic violence has risen. This creates a backlog in the court as more time is spent determining the truth rather than protecting genuine victims. In an article addressing these issues, research shows 58.5% of magistrates claim they deal with false AVO’s. This wastes court time and money and takes away from the real victims in society.

Perhaps the reason for this increase is the realisation of the public that it is easy to take out an AVO when a breakdown of their relationship occurs and there is a lack of prosecution of false claims. Therefore, this could be a result of the laws failure to charge or provide consequences to individuals who falsely take out an AVO against someone.

Falsely made accusations, in regard to AVO’s, create a tremendous amount of stress, emotional trauma and financial hardship for its victims. Being falsely accused of a crime can cause stress and emotional trauma, but to be falsely accused of violence towards someone else can be devastating. Usually, false applications for AVO’s are perpetrated by people who have a relationship breakdown and wish to ‘punish’ their ex-partners. In the same research it was also found that false AVO’s are usually taken out for many reasons including anger, to gain an advantage or ignorance of the impact it can cause a defendant. This leads to a poor reflection on our legal system as an individual who is falsely accused of violence will have to deal with these accusations mentally and financially, not to mention the pressure this puts on the court system. Therefore these false accusations cause immense amounts of stress, emotional trauma and financial hardship.

Due to the rising cases of false AVO’s and the stress this causes to the individuals on the other side of them, a remedy needs to be sought. A possible remedy to this issue could be a review and reformation of the law to reflect this rise in cases. Through this review and reformation, it could be suggested to make it illegal to make false claims in order to get an AVO placed against another person. This could lead to people thinking about the seriousness of their claim and whether they wish to risk charges should it be found they are dishonest. This could lead to a lower number of false AVO’s being placed and thus lessen the pressure placed on the court system, reduce the financial burden and emotional stress on victims of false claims. Lastly it could bring the focus and protection back to genuine victims of domestic or personal violence.

If you have been the victim of a falsely placed AVO, Able Defence Lawyers can represent you!

With high success rates and exceptionally experienced in all AVO’s, APVO’s & ADVO’s we are the Sydney Criminal Lawyers for you.